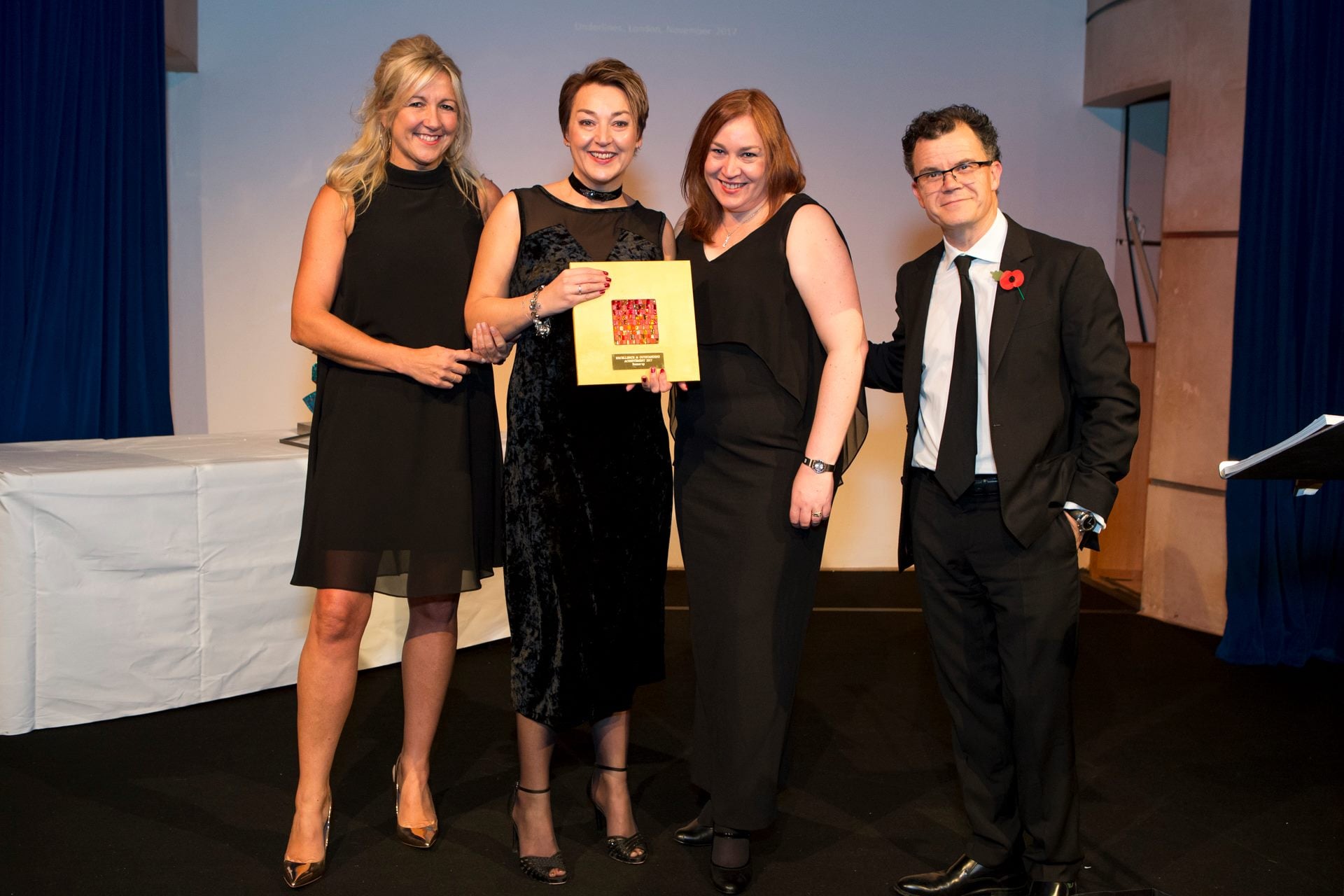 On 9th November 2017 we won a special prize at the Stars Underlines Best Shop Awards.

This annual ceremony, hosted by Underlines, the trade magazine for underwear and swimwear wholesale and retail, is dubbed “the Oscars of the Lingerie Industry” is held at Shakespeare’s Globe Theatre, London and a gala dinner is followed by a hotly contested series of awards for the best in UK and Irish lingerie.

We already knew that we were finalists in the Excellence & Outstanding Achievement category, however we also knew that this is the only category where the result is decided by a public vote.  As we were up against several established businesses and some major chain stores we were doubtful whether we would generate enough votes.

As each category was announced on the night, the finalists were read out and the presenter opened a gold envelope to reveal the winner.  The winner was called up on stage and presented with a beautiful coloured glass trophy, handmade in Italy.

However, when it came to the Excellence & Outstanding Achievement award, there was an unexpected change in the format.  At this point, Pamela Scott, the editor of Underlines magazine took to the stage and announced that, for this category, they were adding an extra award.  She told the audience that Stars has never, in 9 years, awarded a runners up prize, however in this case, the top 2 finalists were so close that they had decided to do so – and the Runners Up award went to Embrace!

We were called up on stage and presented with a gold plaque, decorated in the same glass as the winners’ trophies.  Later, Pamela came to speak to us and said we had literally been “pipped to the post” by just a couple of votes!